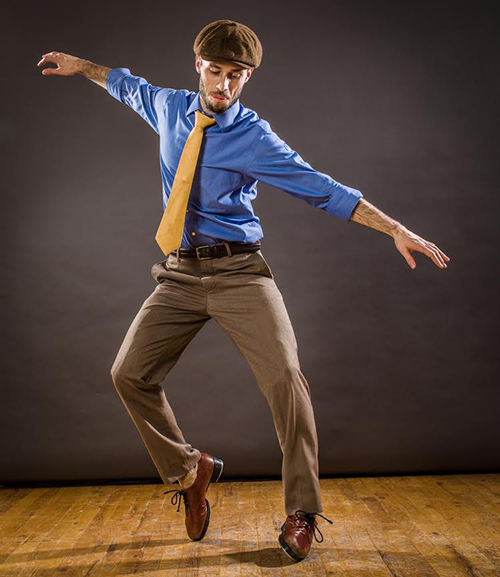 Alex MacDonald – “The multitalented Alex MacDonald” (The NY Times) is a NYC-based professional tap dancer, teaching artist, and choreographer. As the original tap soloist for the popular band, Postmodern Jukebox, he has toured extensively throughout North America, Europe, Australia, New Zealand, and Southeast Asia. To date, his videos with the project have garnered over 10 million views online. As “Jumpsuit Alex,” he is the passionate hype-man for the kindie band, Tim and the Space Cadets, whose 2015 release, “Home,” won the Grammy for Best Children’s Album. For many seasons, he has entertained audiences as dance captain for Andrew Nemr’s tap company, Cats Paying Dues. Performance highlights with the troupe include Echoes in Time, Cats in Concert, Three Suites,and the Jerry Lewis MDA Telethon. A patient and intuitive teaching artist, he is currently on faculty at Steps on Broadway, Alvin Ailey Dance Foundation, and Edge School of the Arts. In 2012, he was awarded a prestigious Fulbright Scholarship to Ireland, where he received his M.A. in Ethnochoreology from the University of Limerick. An alumnus of the School at Jacob’s Pillow, he has studied under such tap luminaries as Dianne Walker, Sam Weber, Michelle Dorrance, Jason Samuels Smith, and Nicholas Young.